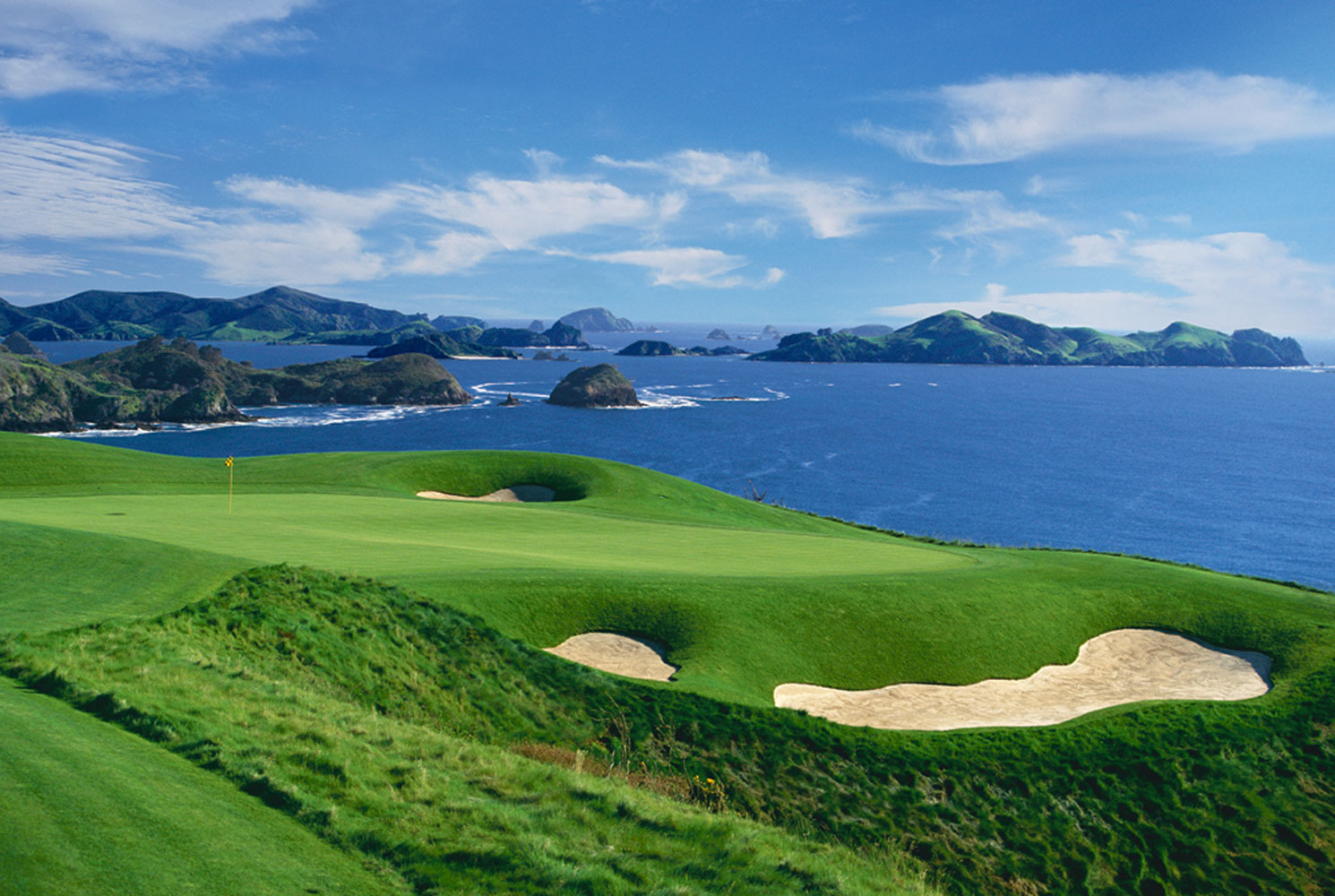 Everything about Kauri Cliffs, situated 30 minutes north of Kerikeri, is outstanding. The course is rated No.49 in the World’s Top 100 (Golf Digest) and rightly so. With an average of only 24 golfers gracing its fairways on any given day it’s easy to believe you’re the only person enjoying the privilege of this magnificent course. The opening three holes offer a friendly start before the real challenge begins. The back nine showcases four inland holes that wind through marsh, forest and farmland before you tackle the homeward stretch across the top of the bay and back up to the clubhouse. The 17th, a par-4 dogleg-left, is certainly one of the best holes in New Zealand. And the view from the clubhouse balcony (with a glass of a great New Zealand wine in hand) across the Bay Of Islands is arguably the most majestic in world golf. 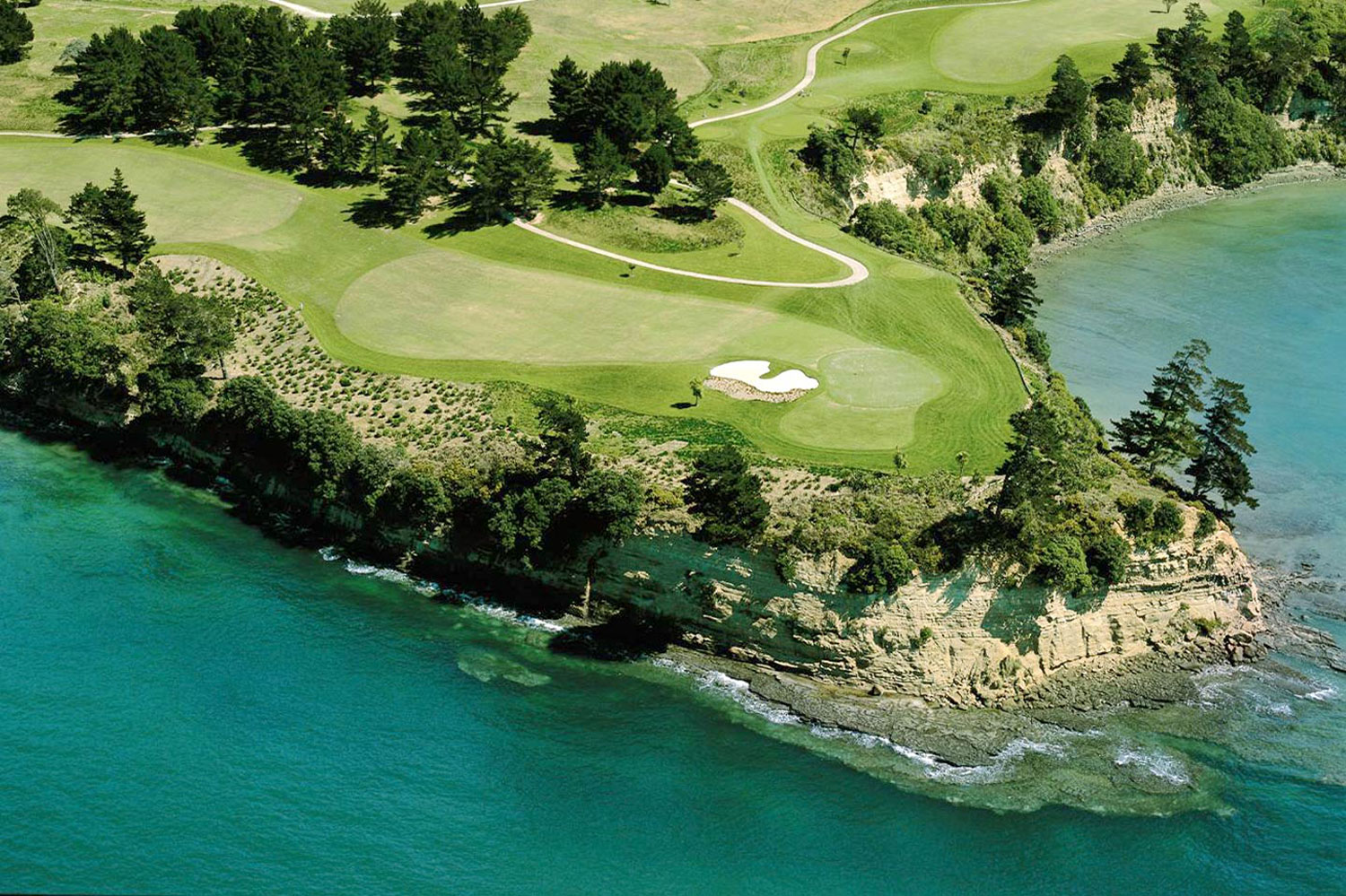 The Robert Trent Jones Jr-designed Gulf Harbour is located on the Whangaparaoa Peninsula less than an hour’s drive from Auckland’s CBD or a short ferry ride across the harbour. The front nine plays inland around the houses with some pleasant views, but upon reaching the 12th tee you are afforded spectacular views back towards the city skyline. Gulf Harbour boasts superb finishing holes that will have you reaching for your camera. Ocean views, rolling terrain and a challenging test combine to make it one of the best golfing experiences in Auckland. 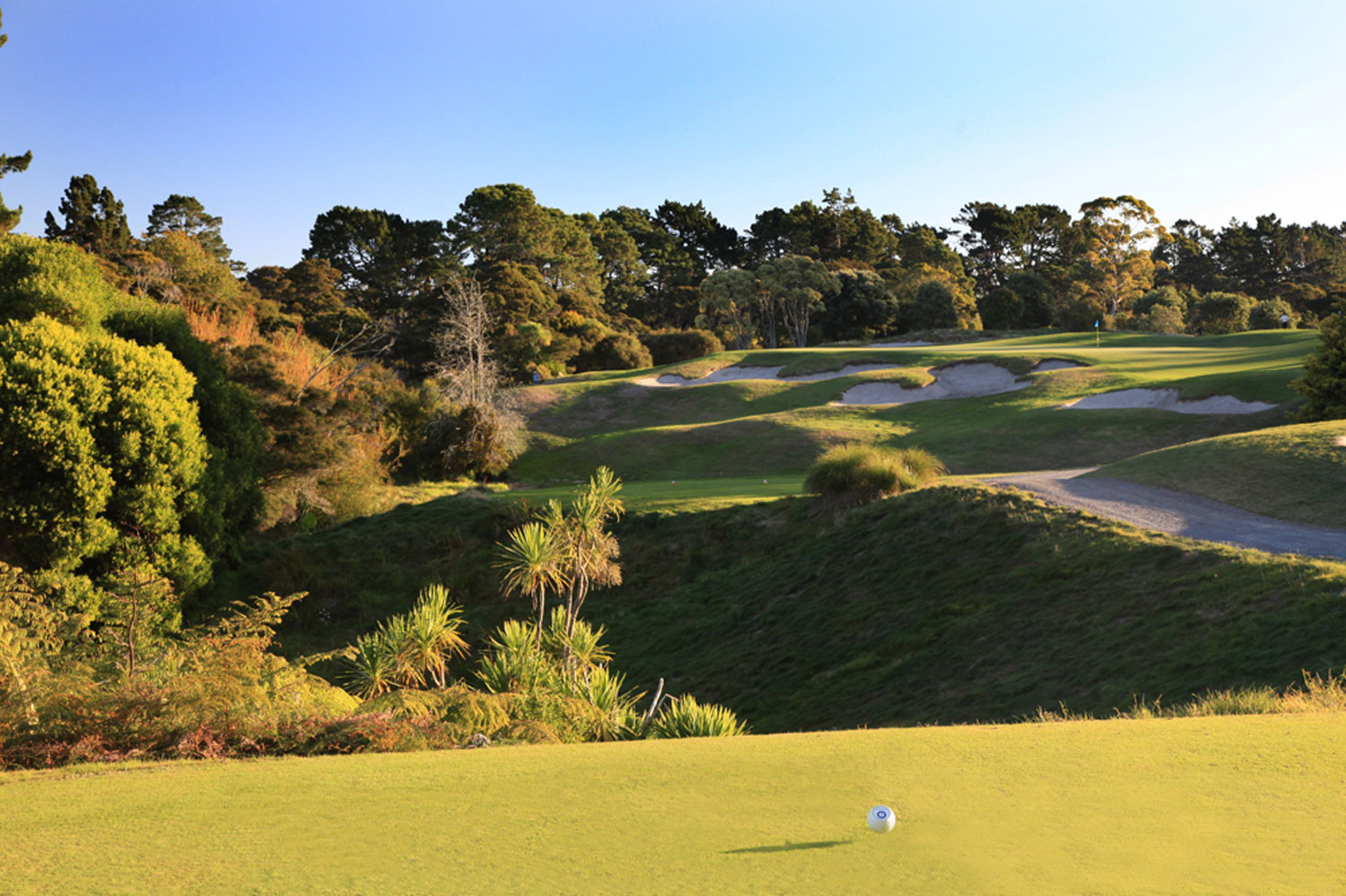 Titirangi is the only golf course in New Zealand designed by Dr Alister MacKenzie and is just 30 minutes from Auckland city centre. MacKenzie’s genius designs are renowned for their sensitivity to the nature of the original site and risk-reward holes, and Titirangi is no different. The way the golf course interacts with the neighboring bush testifies to MacKenzie’s philosophy. After his work on Titirangi, he went on to design some of the world’s greatest courses including Augusta National, Cypress Point and Royal Melbourne. Titirangi’s par 70 course features elevated tees and greens, demanding bunkers and quick greens with pronounced undulations. 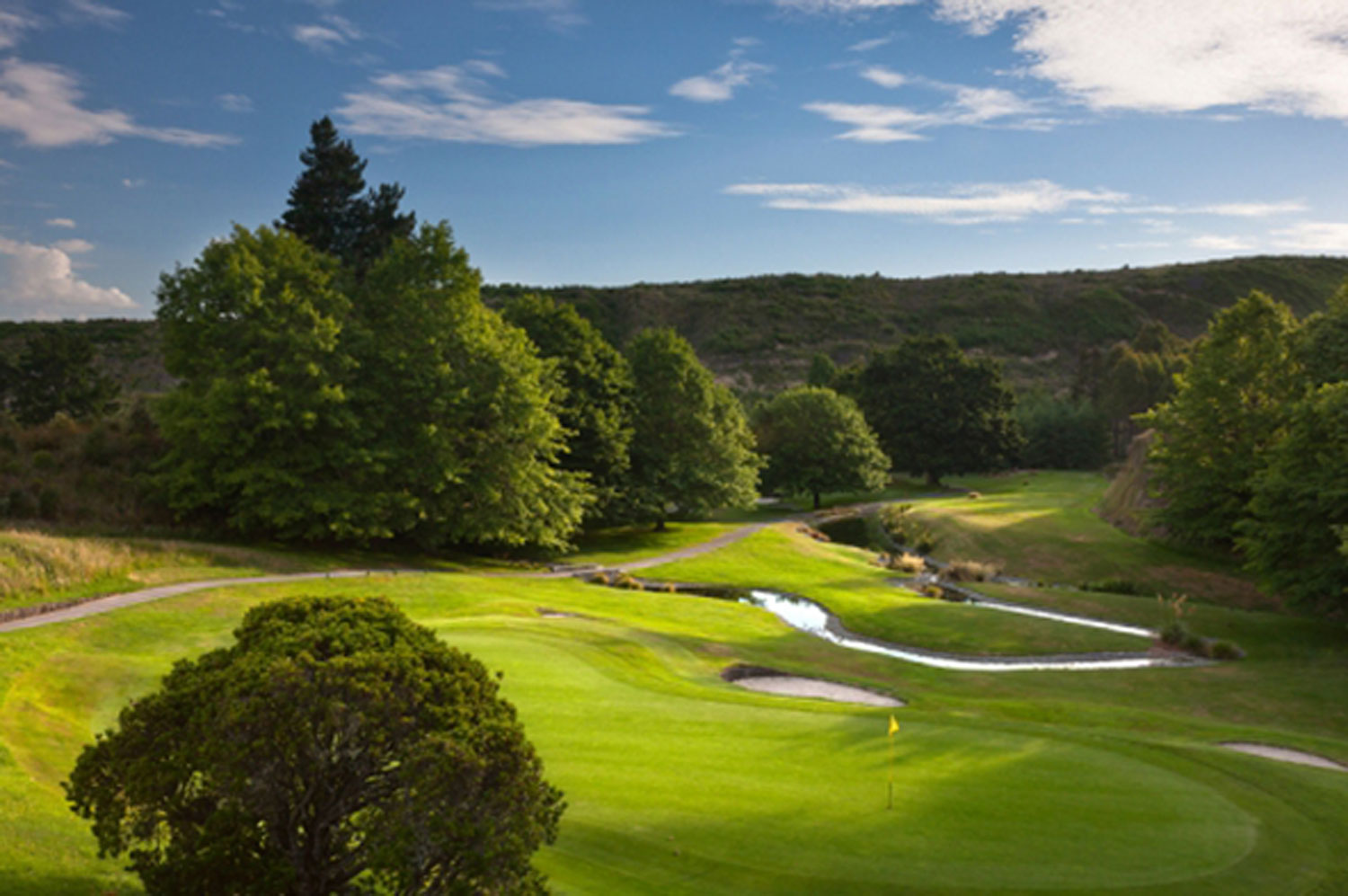 The Wairakei Golf Course is located only a couple of minutes’ drive from Taupo and is New Zealand’s ‘original’ resort golf course. Built in 1970, huge numbers of native and exotic trees have recently been planted, along with the introduction of native wildlife. At Wairakei, golfers love the feeling of seclusion on the fairways. It is relaxing to play and very playable for all levels of golfers thanks to its large greens and very true roll. 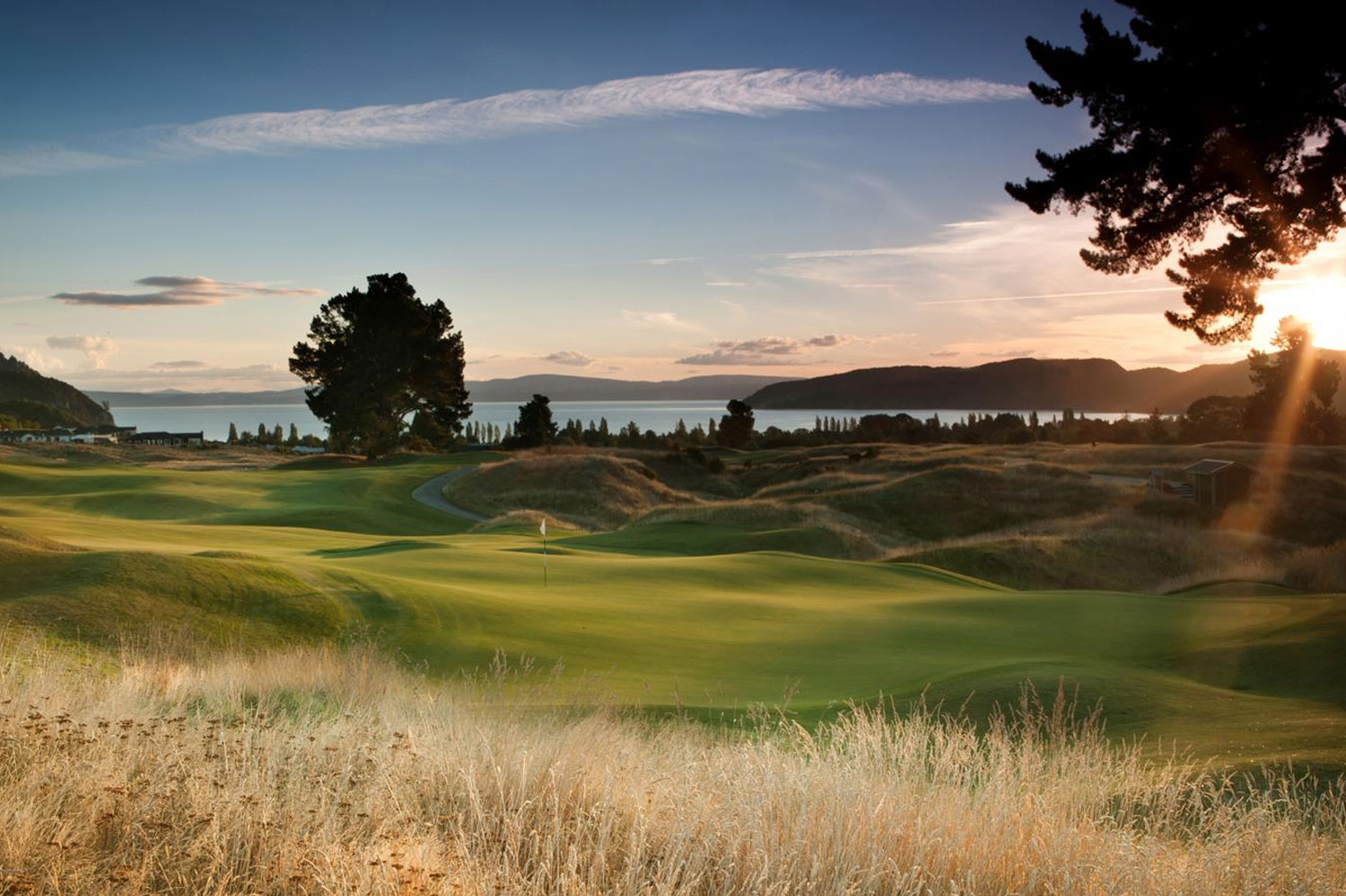 Jack Nicklaus’ much-anticipated signature Kinloch course opened in 2007 and has been a huge draw for discerning golfers ever since. Located just 20 minutes from Taupo, it is a very testing inland links course that flows over rolling countryside with fescue and heather grasses. To really enjoy this true championship course you must select the right tees from which to play and drive the ball well. Having your short game in order will help you navigate the sloping greens, too. The front nine offers a good mix of short and long holes but it’s standing on the par-4 10th where the real beauty of the site hits you – you are presented with a wonderful vista overlooking the back nine with Lake Taupo in the background. The multiple shot options afforded to all golfers regardless of ability and the character of the land makes The Kinloch Club a big favourite in New Zealand’s premium golf market. 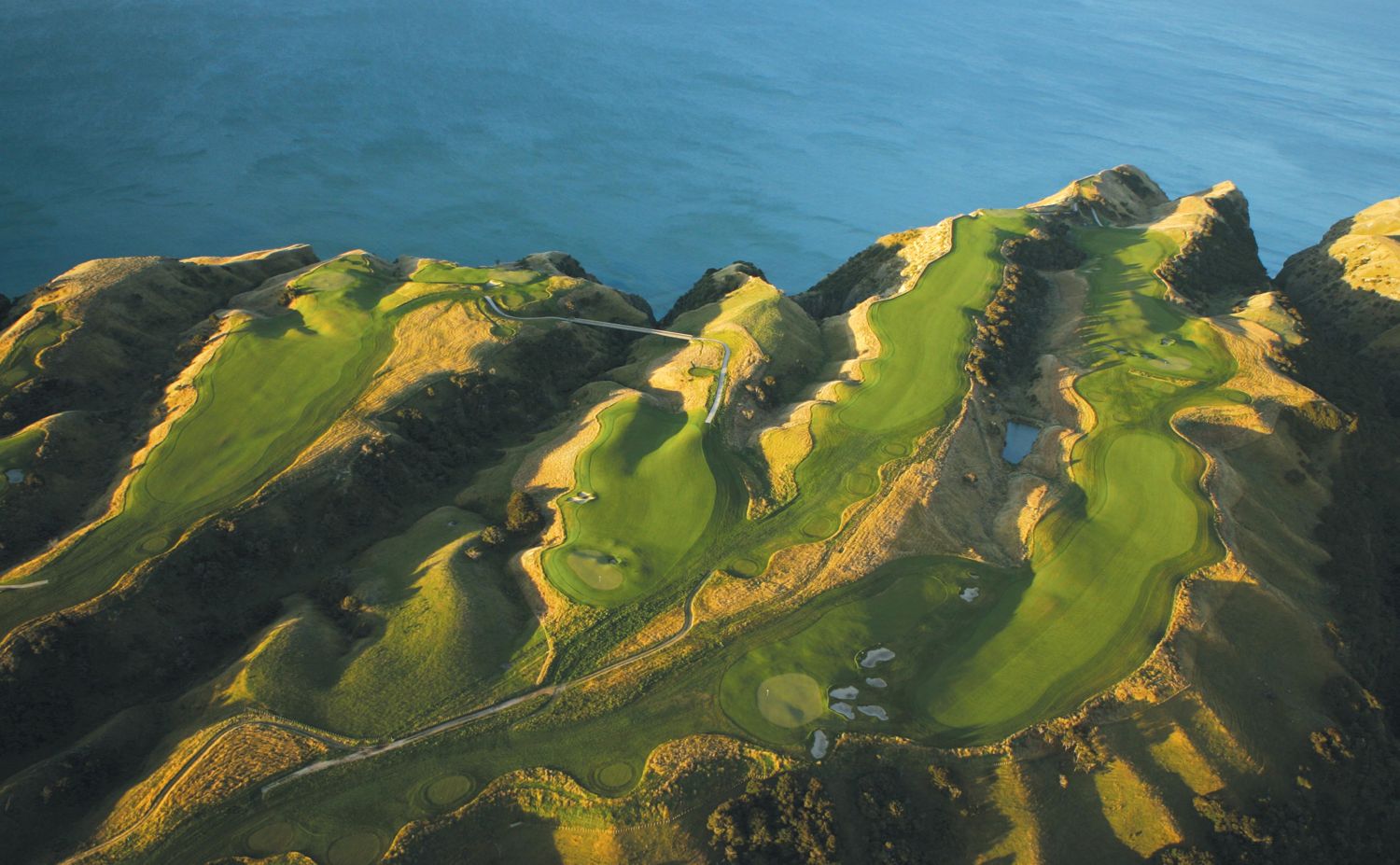 Cape Kidnappers is perched high above the cliffs at the southern tip of Hawkes Bay, looking out across the Pacific Ocean. Like its sister course – Kauri Cliffs, Cape Kidnappers is spread out over 6,000 acres of rolling farmland and native bush. It has drawn widespread international acclaim since it opened in 2004. Designed by Tom Doak, it currently ranks No.16 in the world’s Top 100 golf courses (Golf Digest) and is an absolute showstopper to play. The layout itself is a stern challenge. The fairways are wide, but bold tee shots that flirt with ravines and deep bunkers are rewarded. Many of the most spectacular holes run out and back along a series of plateaus perpendicular with the coastline, most framed by deep canyons. The par-5 15th is the hero, rated by Aussie star Adam Scott as his favourite hole anywhere in the world. In truth, it’s just one of 18 holes that will leave you in awe of a course unlike any other. 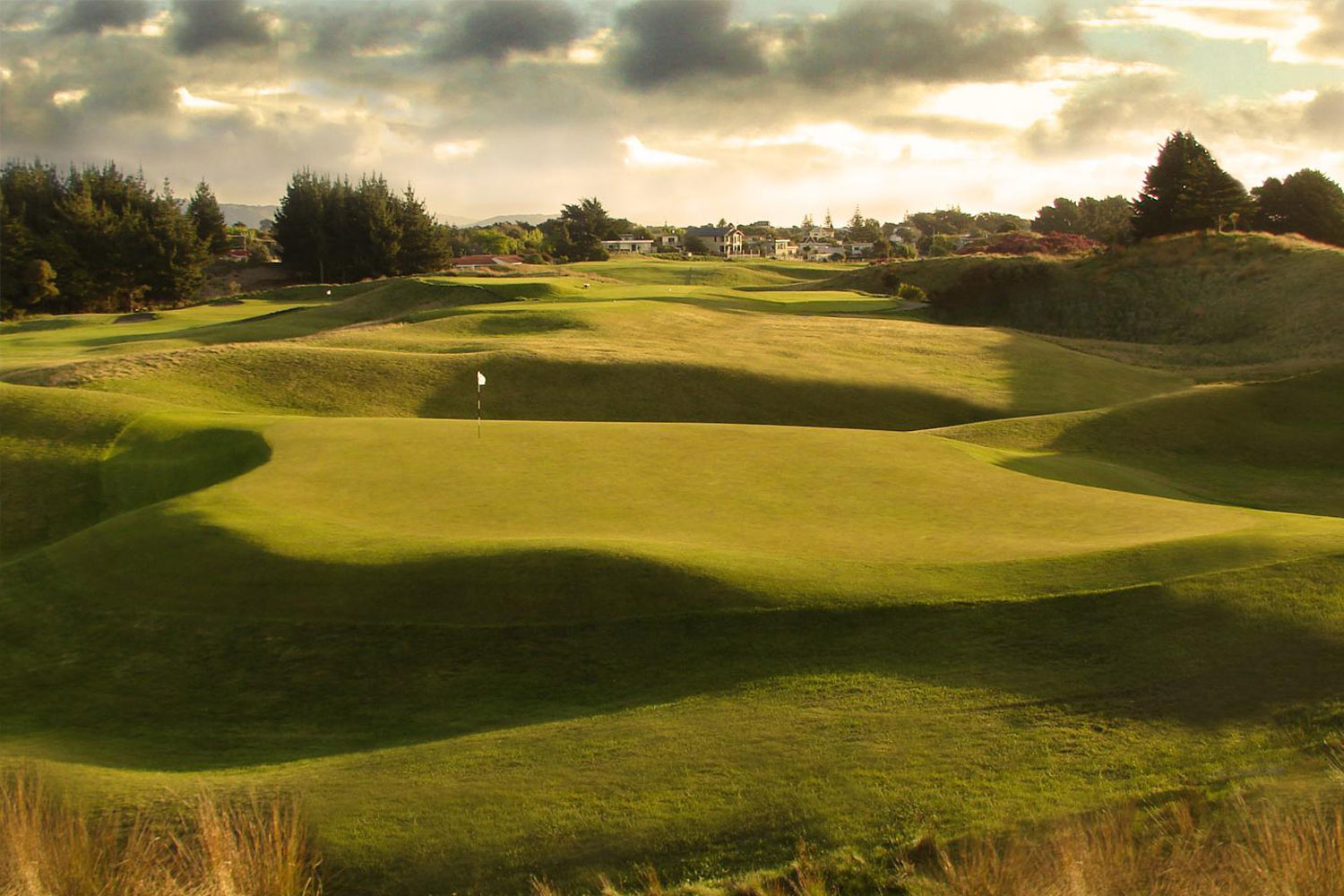 Paraparaumu Beach Golf Club, which has hosted 12 New Zealand Opens, is one of the great – sometimes underrated – true links courses of the Southern Hemisphere. Situated an hour’s drive north of Wellington on the Kapiti Coast, Paraparaumu is a challenging layout that threads its way through the sand dunes of magnificent links land. Several of its holes are regarded as the finest in the country. Paraparaumu is undulating which makes bounce and roll a key character of its identity. Some of the biggest names in golf have graced (and loved) these fairways, including Tiger Woods in 2002. 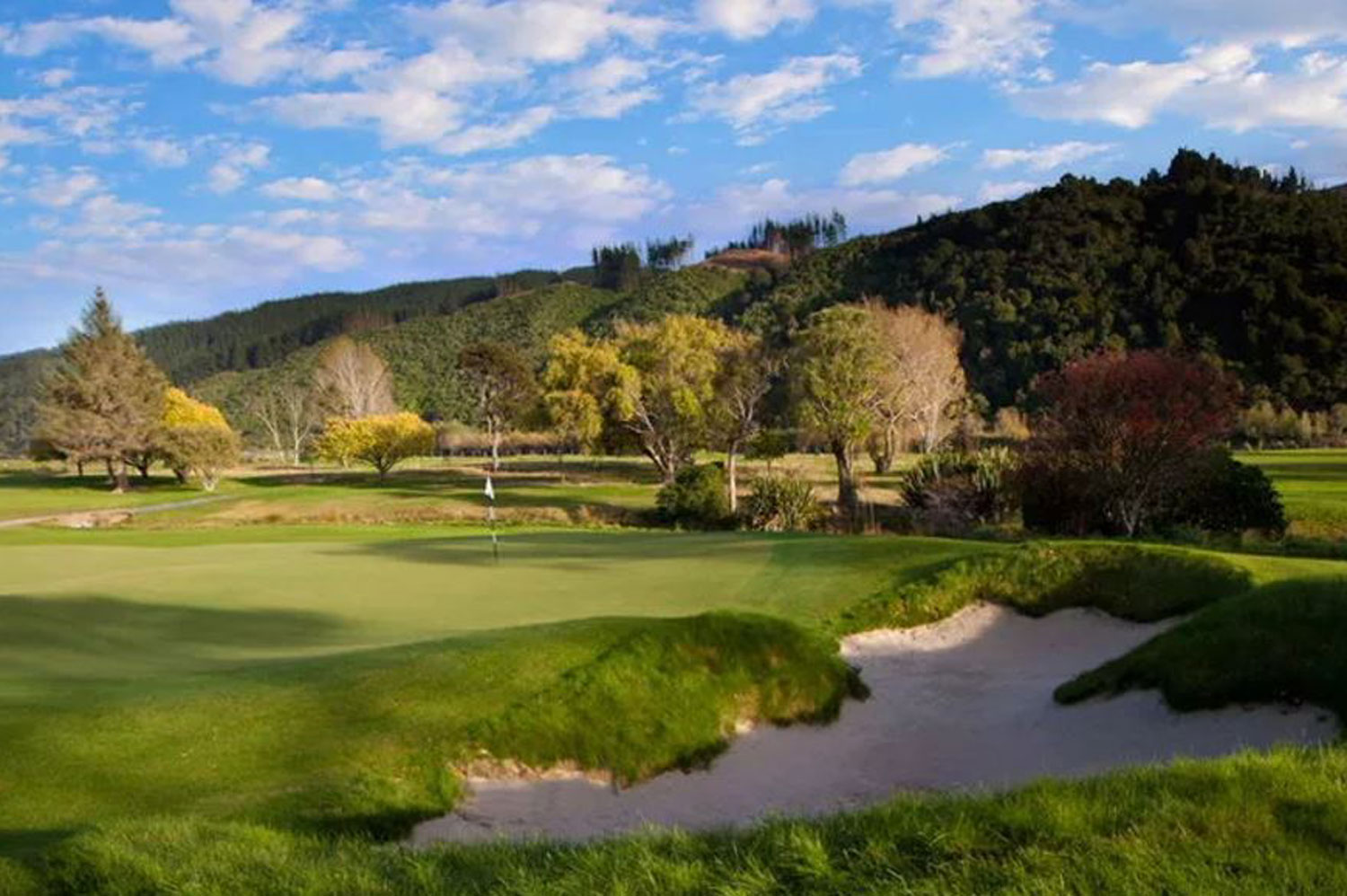 A recent renovation has transformed Royal Wellington into arguably New Zealand’s finest private members’ parkland course. Built on an ancient riverbed, the course weaves its way over furrowed ground and through cultured parkland that provides sanctuary to a plethora of mature native and exotic trees and birdlife. Several creeks, a large lake and undulating greens have been remodeled. Royal Wellington blends a seriously good golf course with a relaxing walk in the park. 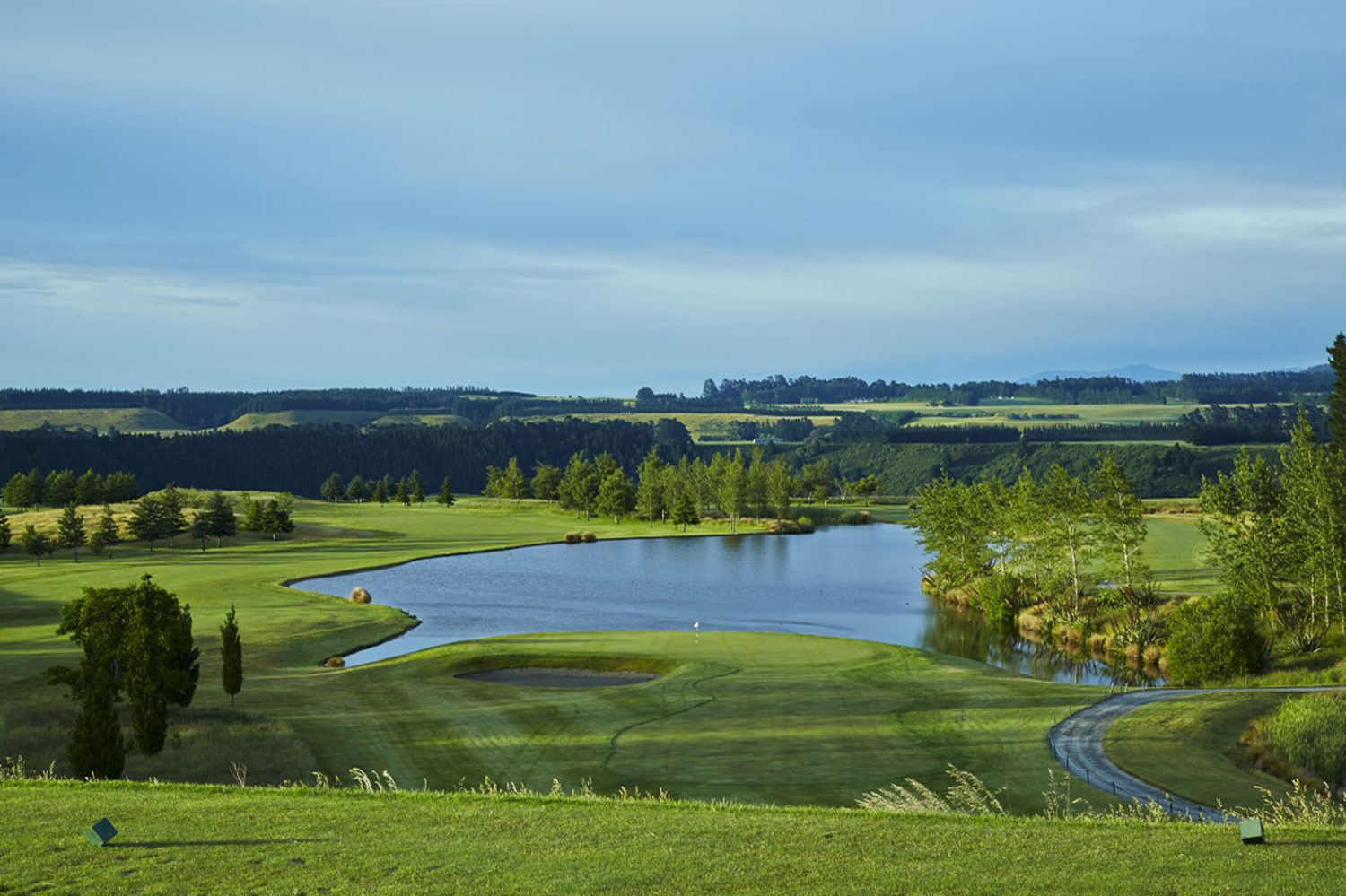 This championship resort course is located approximately one hour’s drive from Christchurch and is nestled in the foothills of the Southern Alps, across the valley from the famous Mount Hutt Ski Field. The course has a pleasant layout with stunning views, especially from the 10th tee and 16th green where you can take in the local Rakaia Gorge and imposing mountain landscape. Playable and enjoyable for all levels of golfer, Terrace Downs is a mixture of parkland and links styles which integrate effortlessly into the natural environment. 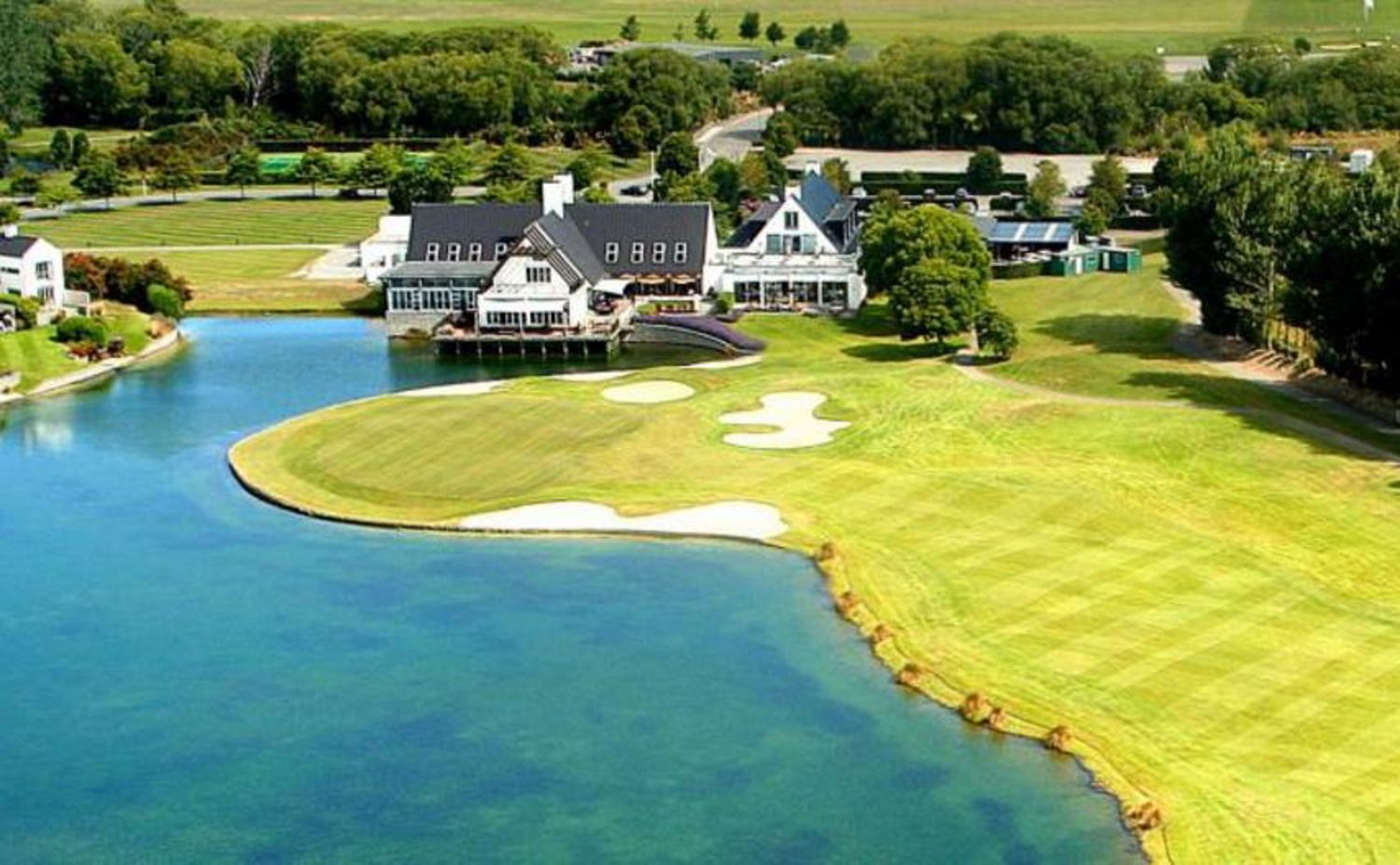 Clearwater Golf Course is located approximately 10 minutes from Christchurch airport. It hosted international professional tournaments for 13 consecutive years including the 2015 NZ Ladies Open at which Lydia Ko shot a career-best 61 (she also won the event).  Combining the best elements of traditional UK links courses and parkland golf, Clearwater is playable year-round and winds its way around spring-fed lakes and trout-filled streams, all the time offering panoramic views of the spectacular Southern Alps.