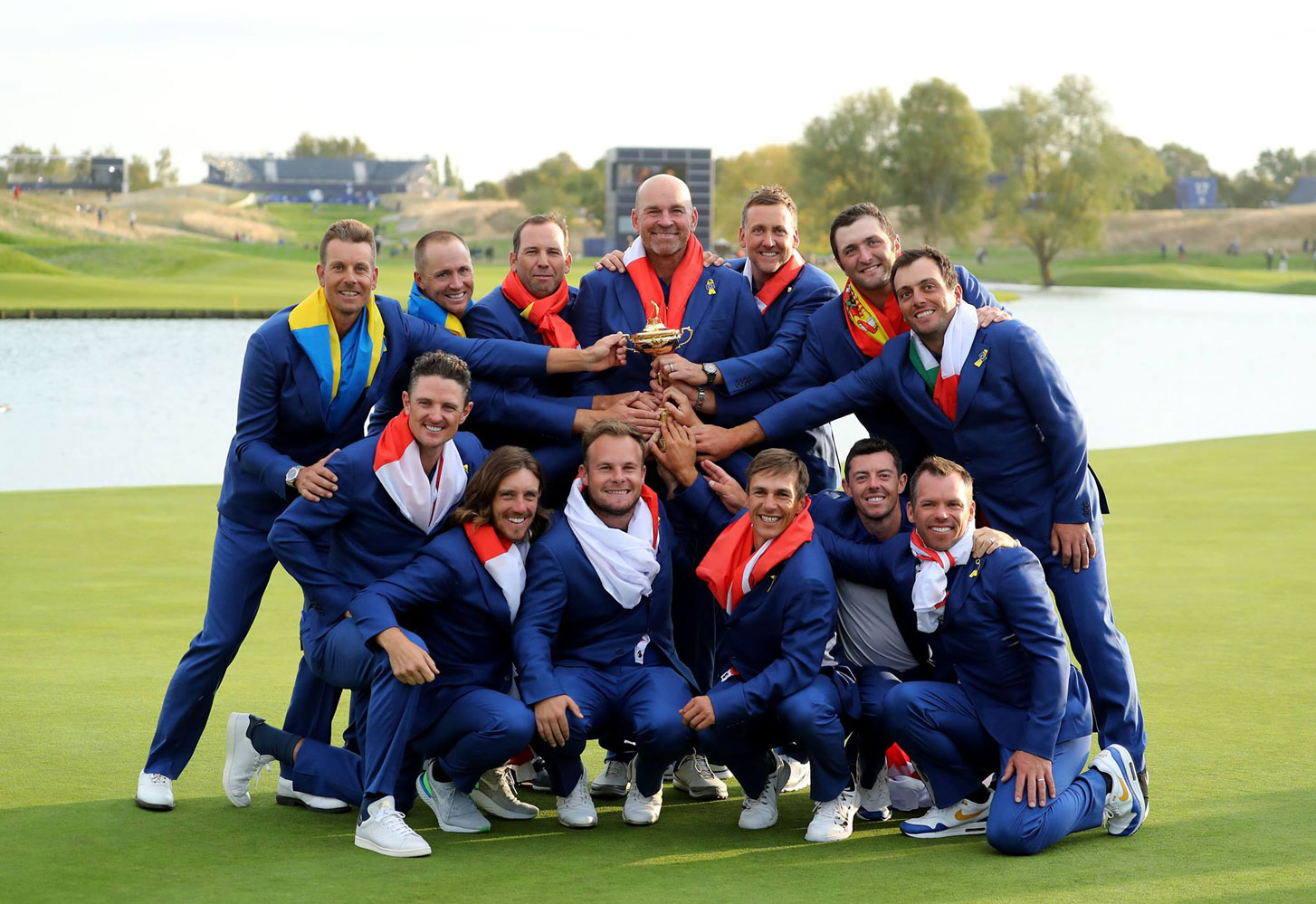 Well, there it was – the best week in golf (in my opinion) over for another 2 years. The much-hyped American team of Major-winners, comeback-kings and big-gunning rookies arrived with great fanfare and expectation, but left (as they have for 9 of the past 12 Ryder Cups) with tarnished egos, lessons to be learned and fingers of blame pointing everywhere.

Once again under-prepared, out-thought and out-fought, and overall totally out-played, it is only a matter of time before “Task Force #2” is commissioned by the USGA (Task Force #1 was instigated in the aftermath of the 16.5 – 11.5 thrashing at Gleneagles in 2014 and was supposed to ensure that it never happened again). That sorry episode dissolved into outright mutiny at the post-loss press conference when Phil ‘the Thrill’ didn’t so much push the venerable USA Team Captain, Tom Watson, under the bus, as drive it right over him … then reverse it back just to make sure.

Patrick Reed is this edition’s Mickelson. Living up to his already villainous image, Reed publicly called out Jordan Spieth for not wanting to partner with him and stated that Jordan’s personal feelings shouldn’t get in the way of what’s best for the Team. Ignoring the fact that Spieth’s great golfing mate, Justin Thomas, was his first choice (this being his maiden Ryder Cup) Reed probably had a point. It is, however, a bit of a stretch to demand that you play the afternoon foursomes when you just shot an 85 in the morning’s fourball!

‘Win as a team, lose as a team’ is an often (over) used catchphrase. It is much harder to stick together when on the wrong side of a beating certainly, but outwardly giving it everything whilst losing and then supporting your team is even more important to team morale and identity than wildly celebrating a win.

Ryder Cup 2020 being held in the US at Whistling Straits cannot come round soon enough! We await to see what lessons will have been learned by both teams, but one thing is certain – the fairways will be cut as wide as runways! Or maybe the US just can’t compete with their current depth of talent and now is the time to include the Canadians? *wink wink*

The Golf Travel Agency apologises to fans of the US Ryder Cup Team (but Andy does not).

If you loved every minute of the 2018 Ryder Cup this past weekend, and all you can think about is being there in person in the US to enjoy the next one, we are inviting your expressions of interest in attending the 2020 Ryder Cup with us at Whistling Straits on the shores of Lake Michigan (and, you may recall, the scene of Jason Day’s first Major win).

Please CLICK HERE to register your expression of interest now!